So I’ve recently started to get myself into the habit of having a movie weekend, where u just binge what whatever the latest movies are because otherwise I would never have the chance.  So last weekend I watch a number of movies, one of them being collateral beauty.   I absolutely ADORED this movie, and I cannot believe that it has so many bad reviews.  Yes it’s not will smiths usual happy go lucky movie and moments can be confusing if you think too much into it but overall I  really enjoyed.

This movie definitely tugged at your heart strings, especially if you have ever lost a child or known someone that has lost a child and experienced that pain a long with them.

The movie deals with everyday issues such as death, love and time and it deals with it in such a beautiful way.  I won’t say too much, because I don’t want to give any spoilers.   But if you love a movie that tugs at your heart strings and makes you cry then this one is for you and will smiths performance in this movie is one of the best I have ever seen!!!! I love this man!!!

​So I received this mascara in my glossybox and honestly I was not  impressed. I tried it pretty much straight away and I found that yes it gave me a bit of lift but it caused my lashes to stick together, so instead of looking as if I had lashes I just had horrible clumps.  The mascara isn’t waterproof so a bit of sweat caused it to drip down my face.  So when I Googled it and realised it was a £3 primemark product, so I guess in that sense you get what you pay for.  But I never would have bought this and I wouldn’t recommend it, personally I don’t even think it’s worth the £3.   So this is a piss poor product and a complete disappointment. We all want to find that low budget product that works wonders, well ladies and gents this isn’t it.  I wouldn’t even give it away to a friend.

So I finally gave in to the whole beauty boxes trend and decided to subscribe.  for various reasons I subscribed to two different ones.   The ever popular Birch box and also glossybox.  They both have the same cost price + shipping.  These seemed to be to be the best for value, however there are more that are available to you, at higher and lower prices.  If I could have I would have opted for ipsy which is an American brand, that is a lot more tailored to you.  Whereas with glossybox as far so I’m aware everyone gets the same products every month, whether it is something you want or not. Whereas with Birch box I feel there is a bit more variation as to what everyone gets.  However, my research has led me to believe that ipsy gives a lot more variation for the same price point and it also is tailored to what you would like to receive.

( birchbox )  from what I can tell the packaging is different every month. However this is my first subscription so I can’t be sure, what I can tell you is that this box was smaller in size to the glossybox. 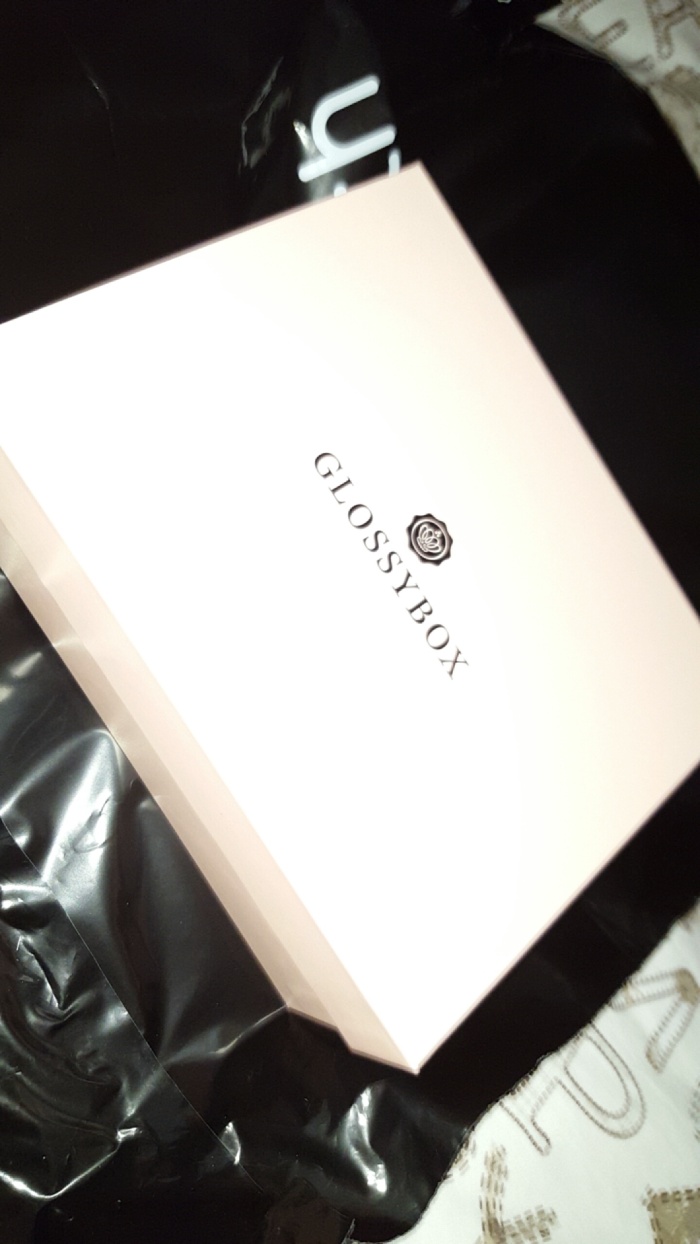 A lot more love and care is given t0 the glossybox in terms of packaging.

The presentation for the glossybox is truly beautiful and you feel aa if you are receiving a gift.  This month there were a to total of 5 items.   3 beauty products and 1 hair product and 1 facial cleansing product.  The variety of the products is brilliant however, the quality of the products may be a bother story , this will be discussed further in a future post when the products have been tested thoroughly.

The presentation of the Birchbox was nothing exciting, however with this box you recieve a booklet which gives some details on the products received.  In this box I received  two hair products, 2 beauty products and a facial mist.  One of the products was already damaged upon receiving which was the eyebrow comb, the head fell off and is not secured with any kind of adhesive.  However further commentary on the products will be made available in a later blog once the products have been tested .

The first thing I do before I buy anything is going online and search for reviews on said product.  I am sure there are plenty of people out there who try to do the same thing because in this economy no one wants to be wasting money on products That they cannot bloody well use.  however the problem lies when companies start sponsoring people to review their products and these people become a little less than honest, which has to be the most annoying thing in they the world, because I expect honest reviews that are going to help me save money and not waste my time.  The number of times I have bought a product to only be disappointed is unreal.  This isn’t just limited to beauty products but all types of products, from books to movies, from nail Polish to hair vitamins.

I feel as though I need to step in and make my mark just so I know that there is at least one honest reviewer out there.

The other day I got told that when climate change becomes a major issue, my generation will be the one to blame.  I find that the most ridiculous thing I have every heard.  Humanity is whats going to fail the future generations, not my generation.   If all the wealthy and developed countries came together and decided ‘hey lets fix the world’ we wouldn’t be in the state that we are.  Famine would not be an issue.  The reason that america, England and all the other countries don’t pull together, is because they cannot risk these under-developed countries to rise and be on the same level, how else will they have control over their resources?  Because that’s what they like to do, they take their resources and leave them with nothing until they’re no use to them.

So I had decided that I would try to blog, I started and then I got busy.  But This is definitely something I want to pursue. I’m a writer and I like to write, and I think blogging is a great outlet.  However these days I have been much more preoccupied with reading.  All I can say is that I have missed reading, I missed reading something other than an academic book that will decide whether I fail or pass my degree. I admit Right now I may be procrastinating just a tiny bit, but stress definitely is not a motivator.  But no way in hell do I ever plan on failing. I will beat this academic B*llshit.  Don’t get me wrong, I am all for higher education, but sometimes I question the ones who ‘teach’ us.  With little to no guidance, and no support.  I’m not paying 9 grand per year just to stress and overeat and lose my hair, with no ounce of support from my tutors.  I expect better, regardless of how crappy the institution may be.  Do not rob me of my money, if you’re not going to support me in getting the highest grade possible and reaching the best of my potential.  If my generation is the future, then please give me a bit of help so I we don’t screw up. 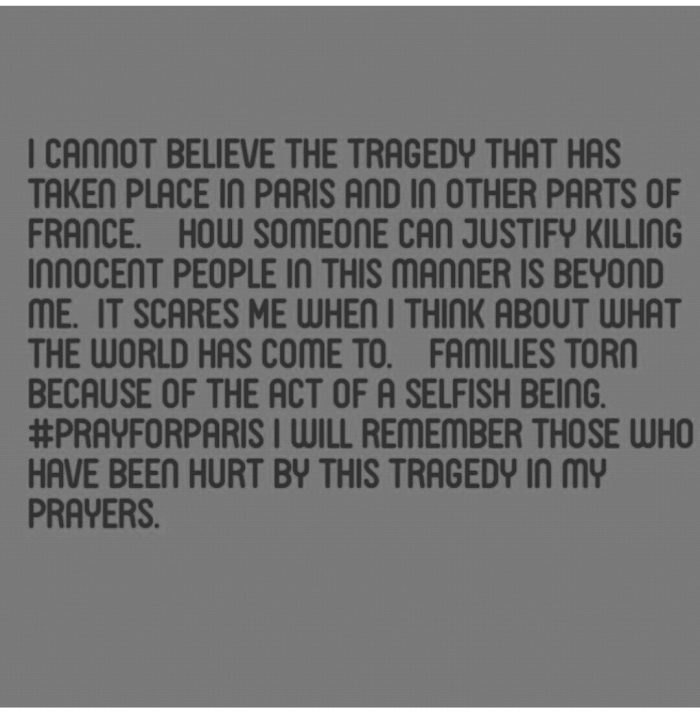 How Three Survivors of Suicide Spent Their Last Days On Earth – http://wp.me/p6xgta-oS

I just want to ask one vital question….

When did the western world start to move backwards?

I’m Muslim and I’m British by nationality, but I’m a Pakistani by ethnicity.   So I know first hand what it is like to face racism. I know how it is to endure abuse because I follow a particular religion that people don’t educate themselves about and make their own assumptions based on what is portrayed by the media or by the elder generation that hold old views where things were different, when people were ignorant on how the world works and how the world was created to be shared and not colonised, which I admit the British were a big part of (sorry for that on our part)

But we as humans in the western world, we began to evolve.  We learned from our mistakes.   We realised people of different colour were in fact people and not monkeys and pets or slaves. (though that took a lot of force)  we realised that women weren’t just created for sex, tobare children and clean the home. And again that was something that had to be forced.  the western world has struggled,  but we have moved forward to what we thought was a better future, where we could live as equals.   We had to fight for gay rights, which I think has probably been one of the biggest challenges faced for the western world .   It was made Illegal to physically abuse children.  That meant parents as well as children, hitting children was not to be used as a form Of discipline.   At this point I’m sure most of you know where I am getting at.   The video of the girl being physically and violently abused by a police officer.

So I am asking again, when did we start to move backwards?  Or has our generation not moved forward at all and it’s all just a fascard?

Who else grew up thinking ‘I will never treat my kids the way my parents treated me’ because I know that violence never worked.

Yet people still think it’s okay?   As if we didn’t have enough issues to deal with in the world, no wonder so many children are in foster care, no wonder so many children are dead. It’s because people refuse to move forward, we’re not all capable of it.  And that’s the sad honest truth.   At moments like these I genuinely begin to believe that there is no hope for humanity.

What do you think?

No views on my post yet, Kind of gutted.  I was expecting to be blog famous my first day.  At this point I do feel like I am talking to myself.  However that isn’t all that unusual.  Which I shouldn’t be all that happy about.

Lets see…Do I have anything new to report?

Well it was HALLOWEEN on saturday.  I love Halloween but it was a shame that I was working, but we had fun.  We dressed up and scared the bejeezas out of out customers.  Walked into one room and announced I was there for his soul.  There were  a few tears, but no heart attacks.  Only joking, it was all good fun and the customers seemed to enjoy themselves.  I do love my old customers.  I did get told by one of my favourite customers that he was definitely young enough to giive me a baby 😕  disturbing and probably the scariest moment of the whole weekend.

How about you guys?  Any Halloween stories to share?